Let’s start with something that goes without saying, but probably doesn’t get said nearly enough: everyone is acutely aware of how their buttocks look. We see it in the mirror. We feel it when we put on clothes. Certainly, we notice buttocks on other people all the time. It may not be an appropriate ice-breaker topic of conversation, but we all know the truth. The way our butts look matters to us. It might be an overly simplified way to look at the matter, but that truth is probably as good an explanation as any as to why buttocks augmentation procedures increased so noticeably in popularity last year.

What exactly does a cosmetic buttocks augmentation procedure involve? Actually, let's start with what it doesn’t entail. It can get confusing when you’re trying to learn about a procedure that seems to have many aliases. Maybe the most common term you’ve heard is “Brazilian butt lift.” Even that term, though, requires differentiation. Google the term and you’re just as likely to find info on the workout DVDs by the same name as you are about the cosmetic procedure. More exercise is never 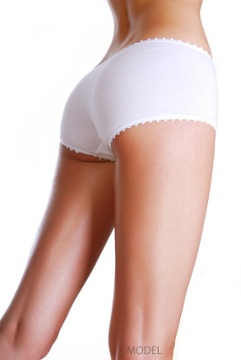 a bad thing, but in this instance, the workout and the procedure have nothing to do with one another. The second point of clarification, and arguably the most important one, is this: Brazilian butt lift, or a fat transfer to the buttocks is not the same as a buttocks implant.

Buttock implants involve silicone implants being placed over the buttock muscle, but under the tough membrane that encapsulates the muscle. This is done through surgical incisions. In other words, butt implants mean a full-fledged surgical procedure — you go under the knife. And the recovery time is substantial, complications can be tricky. At GLOW Surgical Arts, we have elected not to offer this particular surgical procedure. Instead, we offer what we consider to be the much safer, cost-friendly, positive result orientated option, and that’s the cosmetic procedure previously mentioned, Brazilian butt lift or fat transfer to the buttocks.

So what does a butt lift/augmentation/fat transfer to the buttocks/Brazilian butt lift actually entail?

Essentially, the cosmetic procedure involves precisely what the term “fat transfer to the buttocks” would lead you to believe. Your GLOW cosmetic surgeon will utilize gentle liposuction to harvest fat from another area of your body (it could be your back, stomach, thighs, wherever), then purify it. That purified fat is then re-injected into your buttocks.

Results from a buttock augmentation offer a dramatically positive impact on one’s body and self image, and a 16 percent uptick in the number of procedures in the U.S. from 2012 to 2013 speaks for itself. It’s not just the states, either. In the United Kingdom, women have apparently decided bigger is better when it comes to the buttocks and fat transfers to the buttocks are more popular than ever. Of course, just because something is experiencing a noticeable spike in popularity doesn’t mean it’s necessarily a fit for you and your body.

The decision making process when it comes to cosmetic procedures is 100 percent personal. If you already love the way your butt looks, great! You’re lucky. If you find yourself wishing your buttocks had more volume, on the other hand, a Brazilian butt lift might very well be a viable option. And no matter what stage of the decision making process you’re in, our GLOW cosmetic surgeons can help. Consultations are always free and come with no obligation. Schedule one today or call (650) 241-2209.

Fat Transfer To The Buttocks: Why And How

Everyone likes the idea of having a great butt. It might make you blush to say it out loud, but... 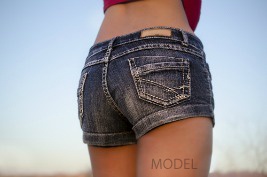 The Advantages Of Buttocks Fat Transfer

Have you always dreamed of having a curvier, shapelier backside? Sometimes genetics just don’t give... 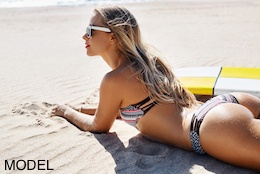 With curvier silhouettes the new trend, butt augmentation has increased in popularity over the last